Matt Proto and Colleen Korona are Atmospheres Professional Yacht Crew. They have been chartering as a team together in and around the Caribbean since 2014 and have fine-tuned their game to bring you the best in yachting services. Atmospheres is the product of an accumulated lifetime of experience in the hospitality and boating industries combined to provide our guests with an outstanding vacation experience. We strive to maintain the highest in industry standards, all the while creating a fun and safe environment for our patrons to enjoy while on board.  Our goal is to achieve the perfect atmosphere for each and every charter. 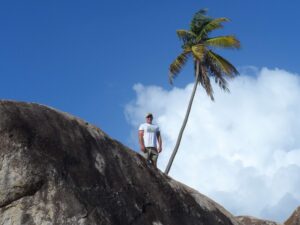 Growing up in Florida, Matt has spent just about as much time in the water, as he has out of it. Most of his free time was spent either on a surf board, on a wake board, or on boat, usually with a fishing pole in hand. To support these hobbies, he began his his first job back in the mid 90’s, washing dishes for gas money at a local mechanical rat themed pizzeria…. we all know the one. He had no idea that it would lead to a lifelong career in the culinary arts. Fast forward ten years and several restaurants later, Matt had labored his way from the bottom to the top, scarring his way thru every station in the restaurant until finally achieving the rank of Executive Chef. Life was good for awhile, but something was missing, the ocean. As anyone in the hospitality industry knows, free time and vacations are rare, so he decided to make a change. In 2011 Matt left the stationary life and began doing seasonal work as a traveling chef. He got rid of everything that wouldn’t fit in a suitcase and hopped on a plane for Hawaii. After 2 contracts with Norwegian Cruise Lines, he moved to Alaska where he signed on with Holland America working on the Alaskan Railroad. When the season was over, Matt hopped again, this time to Cozumel to pursue a career in Scuba. Shortly after he found a new home and island family in St. Thomas, and decided to stick around. After helping some friends open up Dinghy’s Beach Bar & Grill on Water Island, he was approached with a new opportunity as a charter chef. His first gig was on the tall ship Talofa, where as fate would have it, he would find his counterpart in Colleen. The two having been working together as a team ever since and life has never been better. 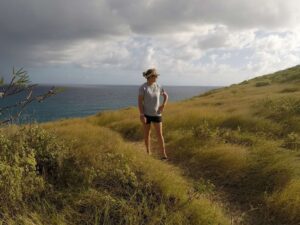 Colleen was born and raised in Florida, where she grew up playing on the water. She bought her first sailboat when she was 24 years old, decided to live on it and then sailed it to the Bahamas. Colleen stepped out of the boating world for a while and managed a mental health office with 10 doctors for several years before moving on to working at a nuclear brain-imaging facility. Then the recession came and she was unemployed.  It didn’t take much prodding to head back out on the ocean and do some more sailing. She literally sold almost everything, packed the rest up and spent the next year sailing the East coast and exploring the cruising grounds from Florida to Rhode Island. There happened to be a group of boats heading to the Caribbean in Virginia and she thought, “What the heck! Let’s check it out and head to the Caribbean!” 14 days later they arrived in Tortola, BVI. She spent another year playing, exploring and sailing down to Trinidad, and then the money ran out. Colleen started to pick up  jobs on charter boats here and there to have some money in her pocket. Over the next few years, Colleen worked as a first mate on a tall ship and sailing day-charter boats, as well as a stewardess and deckhand on a trimaran and crew on mega yachts in New England. But nothing beats working in the Caribbean! Colleen then got her captain’s license, and now feels very fortunate to have a great office at sea where she can share the beautiful place with guests. 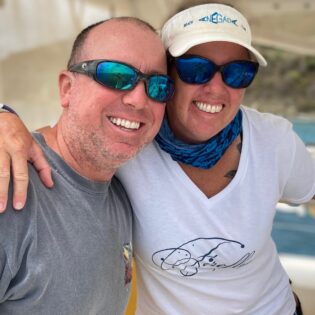 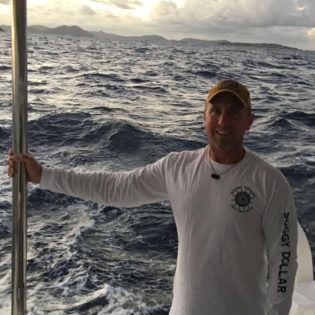 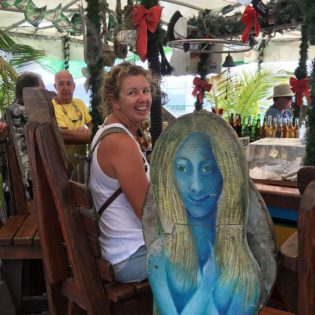 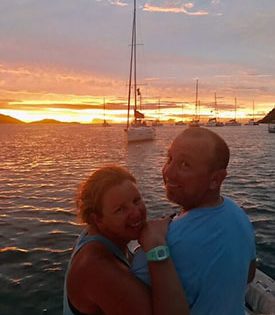 Please note that Atmospheres does NOT book directly. For more information on planning your trip, please refer to your friendly broker for all questions pertaining to booking a charter on board A3.